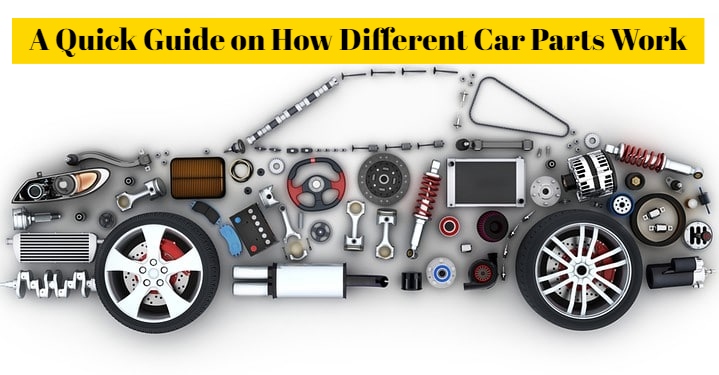 There are many parts that are attached with a single car and each and every part has different functionality. The issue in a single part can affect the working of a car. Even the issue in a single cable of a battery can cause a big issue. To maintain car parts on a regular basis so that it works properly. There are different sensors are also the main part of a car. If any sensor stop working then it affects many things in a car. Here is a description of the working of some car parts and sensors.

This is also an important part that is attached to the engine. This run by a drive belt. During the working of the engine, it generates electric power to charge the battery. It is the most important part that charges a battery and on the basis of this part, car remains in working condition. Although it does not need any maintenance on a regular basis it can stop working if burdened it with a long drive.

It is another sensor installed in every vehicle to measure the current to and from battery. It is also called a battery current sensor. It tells all the things related to battery such as state of charge, voltage and lifetime of a battery. It also measures the temperature of the battery. The measurement of battery temperature is no working in every car. It is specific for some cars.

Keeping a car engine cool while driving is most important for safe journey. So, to keep car engine cool, every car has cooling system that maintains the heat of engine. This system keeps safe the engine from overheating. The system is connected with a radiator and it is connected in the form of loop. It is filled with coolant. Whenever the engine heats up, the cooling system sends coolant that flows through the engine and keeps it cool. The coolant absorbs all the heat from the engine. In this way car engine remains cool and performs well while driving.

There are many fuses that are installed in a car that works to defend electric circuits from overload. There are many circuits in a car and every circuit has its own fuses. For high current circuit, these fuses used with high ampere rating. The same high current rating fuses used for multiple circuits. Every vehicle has at least one main fuse that works properly with all the other fuses and maintains their working a good way.

The oil pump is the main part for the engine to create the oil pressure in the lubrication system. It is installed inside the front engine. In some vehicles, it has separate unit near the front end of the engine. It does not affect oil pressure if not maintained on a regular basis. In short, the oil pump doesn’t have any maintenance requirements. You can replace it if any major change in the engine needed.

These all are the main role parts in a car. There are many other parts that have separate working. Every part has its own role in a car. It is very difficult to maintain a car without a single working part in a car.

We buy all makes and models on the spot. No major paperwork required. Sell your car in any condition anywhere in Melbourne Region.